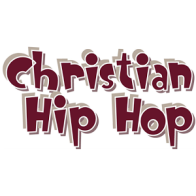 
Recently, a famous Chinese worship and praise team sang holy hip-hop in an evangelistic music meeting to reach millennials who were lovers of music.

Holy hip-hop, which has its roots in the United States in the 1980s, combines gospel messages with beats. The five Christian hip-hoppers wanted to introduce to the attendants that hip-hop is one means of expressions for the new generation despite having no bearing on Christianity.

However, this "fashionable" attempt sparked disputes among Chinese Christians. It also received huge criticism from other Christians and even drew analysis by preachers from the perspective of ecclesiology, theology and worship study.

As a response to the feedback, the sponsor of the rap concert released a statement on August 6, apologizing for bad impacts and anxiety it has caused. "This was our first attempt. We will keep reforming through summaries and improvement." The statement also said that the band was devoted to creating original hymns but they were burdened by church sacred music ministry and attempted to combine traditional sacred music and modern music for evangelism.

"We believe any musical form is just a form, a tool of expression. The expression itself matters."

The Gospel Times, a Chinese online Christian news website, interviewed preachers, sacred music teachers, and pastors to share their views about the subject.

A preacher from Wenzhou argued that the ecclesiology revealed from the rap concert was "shocking". "The emergence of a rap evangelistic meeting was due to the ignorance that 'a church is an organism' and the extreme being an organization.

He claimed that the purpose of an evangelistic crusade was to preach the gospel, not to cater to hip-hoppers (sinners), as Jesus didn't perform miracles to cater for Jews and Paul didn't use philosophy to pander to the Greeks. Evangelistic meetings should be diversified, but not entertaining and secularized. If such meeting was aimed at leading churches to preach through dances and young people to treat hip-hop culture in a right way, that is not sharing Jesus' word at all.

In addition, he explained that this was not something about traditions or modernism, but it is related to the expression and boundaries of theology, as well as about the object of worship and the purpose. As a result, he stated that proper worship and praise was in accordance with theology and the traditions of the Catholic Church.

Another preacher born in the 1980s said that the holy hip-hop concert was a good idea, but it blindly introduced secular music into the church, which would evitably make the worship part lose its essence and even possibly torture gospel message. Praise and worship couldn't be conducted at will because God is holy, he added.

Two sacred music seminary teachers: sticking to traditions and reflecting on the true meaning of worship

A pastor from a seminary in Eastern China said that he sticks to traditions and refused conservatism and inflexibility. "I always uphold that sacred music should be God-oriented. Sacred music in the worship is not self-amusement, but a sacrifice of praise offered to God."

Rev. Wu, who teaches liturgy in Hong Kong, shared that church congregations ought to be more conservative than the secular world. The professor said that hip-hop originated from a poor residential area where African Americans resided in the Bronx in New York City. They were basically means for self-expression for the young people, protesting mainstream cultures - civilized and well-bred music. But Blues and jazz music also originated from African Americans and they had deeper cultural roots. They included spiritual songs sung by blacks in southern America, who cried out to God.

Rev. Wu said that rap could attract young people to chant biblical truths with their favorable rhythm, but it is very hard to achieve that. "But I think that it is worth a try."

Pastor from NE China: Praise can be presented in various kinds.

Rev. Piao commented that preaching through hip-hop was a good attempt, adding that Paul agreed to use various kinds of ways to worship and praise in the New Testament.

However, it was inappropriate in Sunday services that required reverence, rituals, and order to use other forms of worship.

"Form is not a problem as long as they have right starting points and motivation. We should encourage innovation and keep core foundations. We just need to first make attempts in suitable soil and gradually advance."

The controversial move that the "Jesus Fashion" worship team brought "mainstream" cultures into the church was supported by pastors and believers in mainland China but were criticized by many netizens.

Some of them said, "Don't introduce worldly fashion trends into the consecrated church."

"I'm sick of those noisy worship and praise songs. I feel nothing godly. "

Pastor S from Shenzhen saw it from another perspective. "These celebrities entered into the church and experienced life changes, which traditional churches were unable to do. Their performances on the stage were not to exalt themselves, but the name of Jesus Christ. Moreover, they held free concerts in Shenzhen not to make profits for themselves, but to preach the gospel of Christ."

His point was that the focus should be whether worshipers could lead people toward God through their singing, not idolatry.

"A true worshiper doesn't criticize other people for their different worship methods because one can understand God's will at the moment he enters into God's presence. The more we worship God, the more we will have God's image and likeness to live out the beautiful and humble life of God. This is the purpose of worship." He said.

A young preacher claimed, "Since the era is changing, how should evangelistic meetings change?" He said that the church was losing appeal to young people, so it was anxious and trying to draw the attention of the millennials with different forms of evangelistic rallies.

He analyzed that apart from forms, such meetings should spend more energies thinking about how to make sermons concentrated and splendid to grip people. But this is a challenge for many preachers.